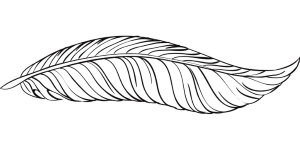 I have an issue with trains. It’s not that I don’t like them. The thing is that I had spent too much time in them. Every day, for nine years, I took a train to get to school and then back from it. Besides, it took about twenty minutes to walk from the station to the school, and the train schedule back then wasn’t what one would call passenger-friendly. So, my life during school years was an always-on-the-road kind of life. And, as it goes with spending a lot of time on the road – if you don’t spend it driving a car – one of the side effects is that you meet different people and sometimes get to talk to them.

I guess there is something about me that makes people approach me wherever I go. I listened to countless confessions during flights, longer train rides, in the airports, and in the waiting halls of train stations. People feel that they can talk to me, and, honestly, I don’t mind.

It started when I had changed school, and instead of simply crossing the street to get to classes I suddenly found myself on that endless road. I had to wake up earlier and trudge to the station when my classmates were still sleeping sweetly in their warm beds. Still, I have the most cherished memories from those times. My aunt always walked me to the train, until I was too old for that. Whenever I think about those days, crossing the rails on my way from the seaside, I see her small figure dressed in her pale green coat with a big collie dog sitting obediently by her feet. She and our dog Lord always waited for the train to start moving, and when it did my aunt found me with her eyes and waved at me.

I had made friends with Jehovah’s Witnesses while I sat waiting for the train. They’d tried to recruit me, of course. But very soon, they realised that I’m useless as recruiting material, and we simply talked about different philosophical matters. Sometimes, other people who were waiting for the train joined us in these discussions.

Twenty-five years ago, you could buy almost anything on a train. It had started rather innocently, with newspapers, but with time, trains turned into shops on wheels, with vendors marching through the carriages offering travellers everything from newspapers, books, and magazines, to lighters, batteries, and any small things that one might need. It was simply impossible to imagine a train ride without a sturdy man in his mid-forties, carrying a kind of sling with bags both on his front and back, packed with newspapers and magazines. His voice listing all the titles on offer was an integral part of a journey, even more so than the voice announcing stations.

And then, there were belyashi. Along with that newspaper guy (he expanded his business and sold also paperbacks), this pastry with meat – its specific odour, to be precise – had been one more integral part of visiting city central station. And, as much as I’d love to believe that every single passenger, who had the misfortune to ever smell it shudders whenever they remember it, this won’t turn it into truth. Alas, solely steady demand gives impulse to supply. People bought those smelly pies that had as little in common with real belyashi as boiled macaroni with real Italian pasta carbonara.

It hurts me that so many people believe that belyashi sold at the central train station are the real belyashi. For them, the name of the most delicious pastry with spiced meat that melts in one’s mouth is marred forever by those horrible quasi-belyashi fried in the same portion of the oil from dusk till dawn. My aunt was a master of real belyashi. They were so good that I even don’t feel sorry that I hadn’t thought to write down the recipe. There is no chance I’d ever be able to make them half as good.

My close relationship with trains hadn’t finished when I graduated from school. I travelled to the university by train for four years, and then, I ended up taking a train from London Waterloo to Weymouth in Dorset a few times a month. And when in London, I moved around using the Tube. I know it sounds silly, but at that time – almost twenty years ago – it shocked me that some of its trains were shabbier than the good old trains that took me to school and to my aunt’s countryside house.

Winchester, Southampton, Bournemouth, Poole, Dorchester – the stops on the route from London to Weymouth became more than station names only to me. I’ve been to these places so many times during the two years I spent living in England that now they sound almost as familiar as the stops on the train line in my hometown Jurmala.

Dear Diary, just as I wanted to conclude this message with “there is nothing romantic about trains”, I remembered that we have a train episode in our love story with my husband. Well, let’s put it this way: there is certainly something special about trains. But it is different for every passenger.