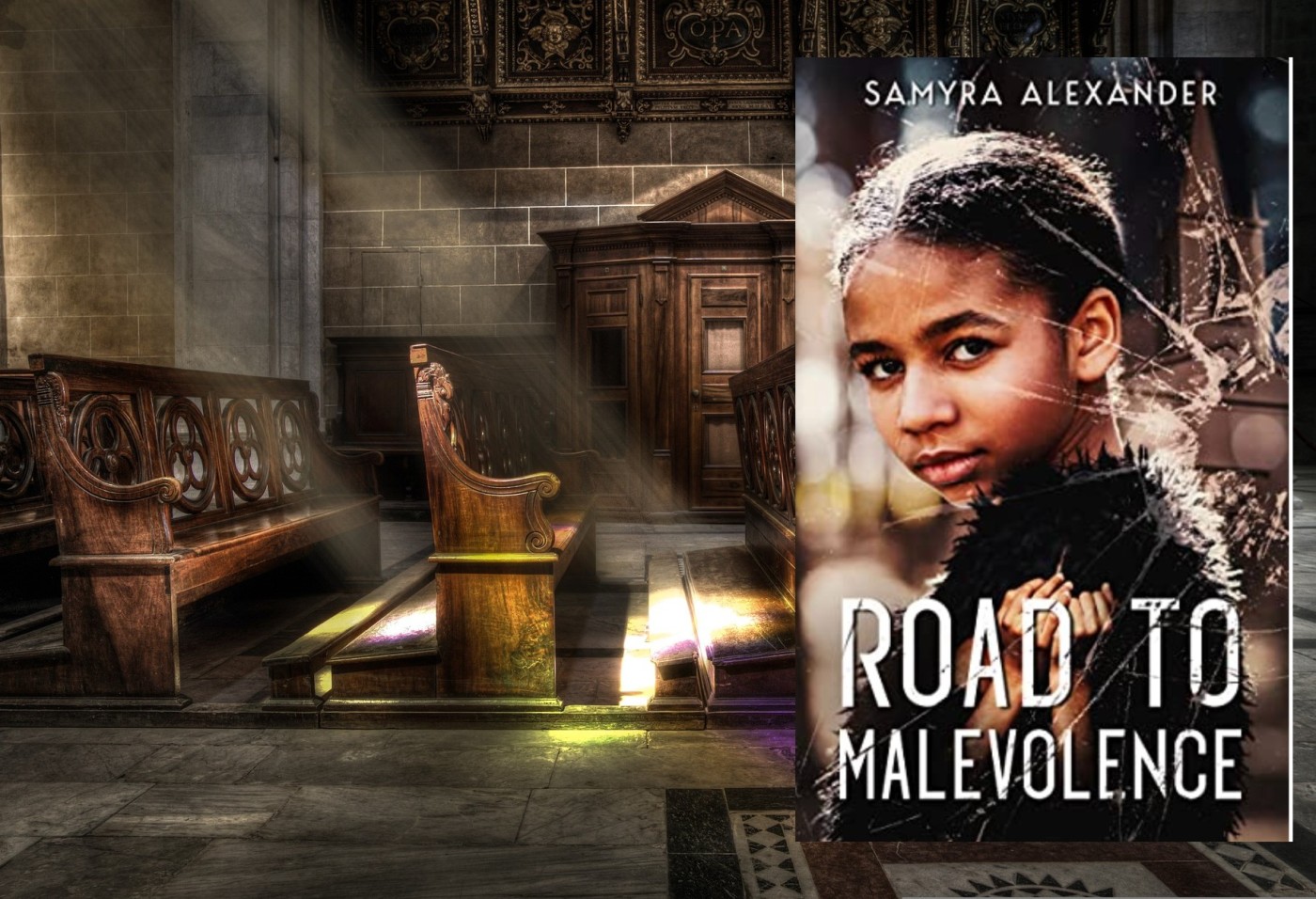 This book made me think about many things. We usually think about these things fleetingly, too busy with our everyday worries. Still, “Road to Malevolence” by Samyra Alexander gives us a chance to see where such negligence might lead to.

Janet is nine. Her parents’ negligence of the fact that she is a child makes her life unbearable.

Janet’s father and mother expect their daughter to behave like an adult. I notice this trend in the nowadays society. People seem to expect children’s judgements and reactions to be the same as judgements and reactions of adults. It leads to permanent stress stemming from failed expectations and disappointment when the reflection of picture-perfect parenthood social media projects on us shatters into shreds under the pressure of reality.

Isn’t it natural that when Janet sees that her pious father isn’t as God-fearing as he wanted to be seen, she rebels against the conservative life her parents impose on her? And isn’t it natural that being a nine-year-old girl, she gets the things that happen to her family wrong?

When Janet’s world, as unsatisfactory and vexatious as it was, crumbles, she acts not like an adult but as a child, unable to realise the consequences of her actions. She also doesn’t understand the motivations of grown-ups. “Road to Malevolence” by Samyra Alexander explores a possible scenario of what can happen if the fact that the workings of a child’s mind differ substantially from the way adults think is ignored.

The author included the following trigger warning in the book: corporal punishment, child kidnapping, and child murder without graphic details. I believe that author’s intentions were to make readers think rather than shudder with horror reading the story. For me, it has worked perfectly. After finishing the book, I can’t stop thinking about Janet’s struggle with the adults’ world.

2 thoughts on ““Road to Malevolence” by Samyra Alexander”